Methane Hydrates: A Business opportunity for NOCs in the Middle East and large IOCs?

In today’s article we will cover the possibility that Methane Hydrates can become a business opportunity for the National Oil Companies (NOCs) in the Middle East or the large integrated oil companies like Exxon Mobil.

According to the World Ocean Review and their report “Marine Resources – Opportunities and Risks” the existence of methane hydrates has been known since the 1930s but only in the last 10 years has it become a subject of serious consideration as a possible source of energy from fossil fuels for the future. It is now possible to calculate the total amounts available with some confidence.

Also, this report mentions that Methane hydrate is formed when water and methane gas are combined at temperatures below 10 degrees Celsius and pressures greater than 30 bar, or 30 times normal atmospheric pressure.  Methane is surrounded by water molecules and trapped in a molecular cage. Chemists therefore call this kind of molecular structure a clathrate (lat. clatratus = with bars, caged)

The methods to extract them are three:

Flooding with water requires immense amounts of energy, which makes it uneconomical.

The injection method with CO2

Japan’s national company of “Japan Oil, Gas and Metals National Corporation (JOGMEC) in cooperation with a consortium of companies conducted the first flow test from the offshore methane hydrates reserves off the coasts of the Atsumi and Shima peninsulas. This test took place from the 12th until the 18th of March 2013.

According to the experts of this sector Methane Hydrates Reserves have been estimated to be about 21,000 trillion cubic meters, about 100 times the total natural gas reserves currently worldwide. They content that even if 10% of these quantities is technically recoverable it can be used for many centuries. We must take into consideration also that these quantities must be also commercial so we can exploit them and this depends on the prices and the demand for natural gas globally.

Rating for the reserves cannot be done safely because this is a new form of energy.  However, experts claim that our planet contains large quantities of methane hydrates.

Baker Hughes participation on the extraction of Methane Hydrates in Japan

A 19 April 2013 Baker Hughes post notes “Baker Hughes provided the completion system for the test well, which was drilled in approximately 1000 m of water into a hydrate formation approximately 300 m below the mud line.” This indicates that the company acquired the know – how for this procedure, so a strategic cooperation with this company may offer access to this unique data.

SWOT Analysis of the extraction of Methane Hydrates

Cost of Extraction of Methane Hydrates

According to Oil and Gas financial journal in the article “Challenges of the Methane Hydrates” by Darren Spalding and Laura Fox, Bracewell & Giuliani LLP, London on May 7, 2014 the cost of developing any new energy is high and methane hydrates are no different. The current cost of gas produced from methane hydrates is estimated to be US$30 to US$50 per million British thermal units (MMBTUs). The International Energy Agency estimates that once efficient practices and processes are developed, natural gas produced from methane hydrates will cost between US$4.70 and US$8.60 per MMBTU. 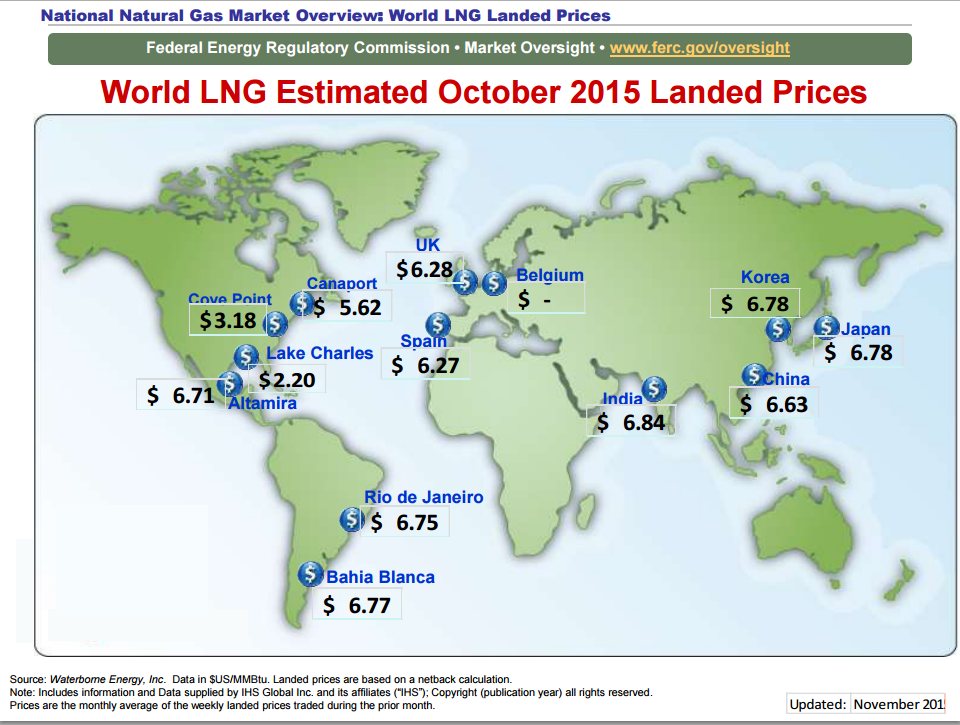 It is obvious from the above data that the extraction of Methane Hydrates is a risky and expensive process and with the recent prices of LNG is unprofitable to extract them.  However, a solution to this problem maybe the use of CNG technology. If CNG marine technology is used then it is cheaper to transfer natural gas up to 2500 km from the producing well.

The above graph suggests that the potential business strategy of the NOCs but also and IOCs of Middle East for the future exploration of Methane Hydrates will be to focus on this specific regions:

The geopolitical footprint of methane hydrates

If over the next 10 years and by 2020 the hydrates methane extraction technology becomes commercially exploitable and extraction costs viable, geopolitical changes will be tectonic, including:

Finally we would like to mention that the journey is now starting to look exciting so fasten your seat belts, the story of methane hydrates has now started and can change life on our planet as we know it today.

The managers of the NOCs of the Middle East may want to evaluate the following facts:

The same business strategy applies also for the large integrated oil companies like Exxon Mobil and Chevron. Also this strategy will be a beneficial fit for major European oil and gas companies like BP, Total and Eni because they operate already in many areas which exist large quantities of Methane Hydrate potential reserves like south east Mediterranean, Eastern and  Western Africa. In a period of low oil and gas price which company will take a step ahead to become the future leader of our industry?

“Michel Collon a Belgian writer, journalist, and historian claims that if you want to control the world, you must control the oil, all the oil everywhere in this planet.”

My estimation for the period after 2020 is that the geopolitical trend-message which could dominate the thought process of the policy makers worldwide will be:

Finally a reminder of my general message through this article:

The best way to predict the future is to create it. Abraham Lincoln

Athanasios Pitatzis is Member of the Greek Energy Forum. The opinions expressed in the article are personal and do not reflect the views of the entire forum or the company that employs the author. Follow Greek Energy Forum on Twitter at @GrEnergyForum and Athanasios at @thanospitatzis

Athanasios Pitatzis is also owner of the website Energy Routes in which he publish all of his articles for global oil and gas industry, http://energyroutes.eu/

It was first published on Oilfield Magazine website on 20th of November 2015, http://oilfieldmagazine.com/methane-hydrates-a-business-opportunity-for-nocs-in-the-middle-east-and-large-iocs/