Brexit probably would have several effects in the energy sector of Great Britain, but not irreversible. As far the European energy security, we believe that despite Brexit the cooperation between the United Kingdom (UK) and the European Union (EU) would deepen, because of the interdependence. Also, we want to emphasise that despite the Brexit, UK would choose to remain a member of the European Energy Union perhaps based on the Norwegian or Swiss model.

As we can see from the above chart, the energy mix of Great Britain is based mainly on fossil fuels and more specifically:

Three future energy strategies for the United Kingdom after Brexit would be to:

It is also evident from the following figures that Great Britain needs the European Union Energy to secure its energy needs in collaboration with its European neighbours, mainly to Norway, France and the Netherlands. 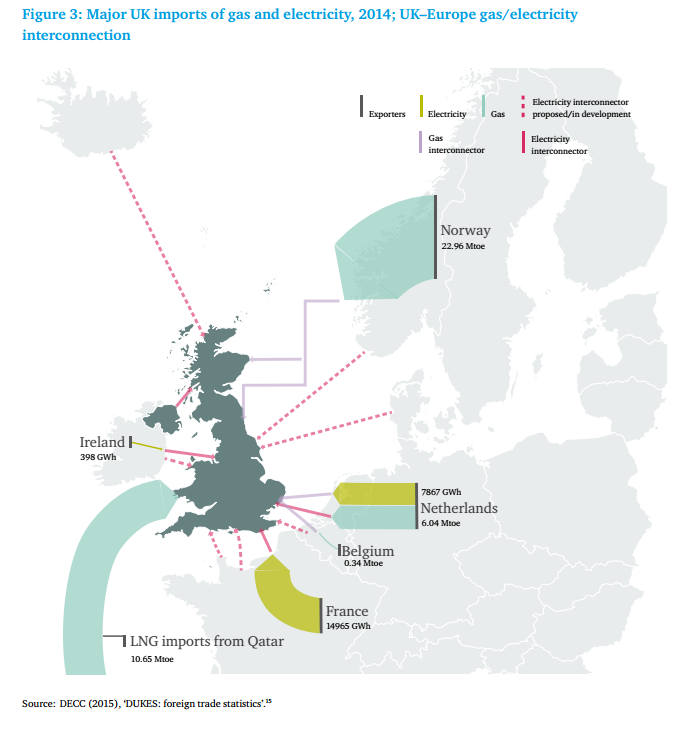 UK Gas and Electricity Imports for the year 2014, Source: UK Unplugged? The Impacts of Brexit on Energy and Climate Policy Report, By Antony Froggatt, Thomas Raines and Shane Tomlinson, Chatham House, May 2016, https://www.chathamhouse.org

Furthermore, it is evident that the UK, like the EU, is dependent on massive hydrocarbon imports. Of course, it is remarkable to note that UK is the largest oil producer and the second gas producer in the EU of the 28 states (27 after Brexit).

Fossil Fuels Dependency of the UK and the EU, Source: UK Unplugged? The Impacts of Brexit on Energy and Climate Policy Report, By Antony Froggatt, Thomas Raines and Shane Tomlinson, Chatham House, May 2016, https://www.chathamhouse.org

According to the diagram above, the UK energy dependence is:

Risks for the UK Energy Sector over the upcoming years EIB Lending in the UK, 2011 to 2015, Source: Brexit: future funding from the European Investment Bank? https://secondreading.uk/economy/brexit–future–funding–from–the–european–investment–bank/

Brexit and Future Challenges for the UK Energy Sector

According to Chatham House Report UK Energy Sector will face many problems which will depend on to the trade model of cooperation the UK will have after the Brexit negotiations with the European Union, some of the uncertainties/possibilities can be:

Furthermore, after Brexit UK could follow one of the following trade models with the EU regarding energy, these models are: 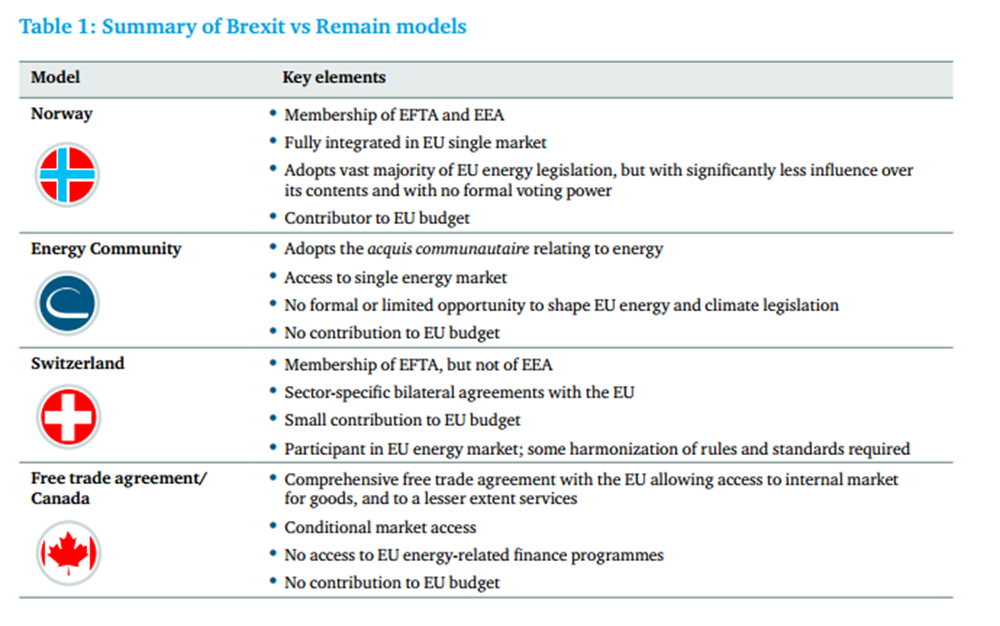 It is evident from our analysis that the future challenges for the UK Energy Sector will be:

The current risks and future challenges for the UK Energy Sector is a dynamic process, so the overall results of our analysis can change rapidly in the near future due to unpredicted geopolitical, economical, policy, social or technological factors.

Athanasios Pitatzis is an Industrial/Petroleum Engineer and Member of the Greek Energy Forum. He specializes in the development of oil & gas and power markets in the UK and the Southeast Europe and the Mediterranean. Also, he is the owner of the website Energy Routes in which he publishes all of his articles for global oil and gas industry, http://energyroutes.eu/ The opinions expressed in the article are personal and do not reflect the views of the entire forum or the company that employs the author. Follow Greek Energy Forum on Twitter at @GrEnergyForum and Athanasios at @thanospitatzis. Currently lives in the UK